While thinking about how to approach this space and develop a body of work, my focus centred on the museum’s setting and historical use as a textile mill along the river as well as the reshaping of the land through development.

The pathways exhibition draws attention to the precious natural resource of flowing water that was instrumental in powering industrial growth, mills and textile dyeing and opens a platform to reflect on our contemporary relationship with water.   It seems particularly on point for the spring season given the precarious rise of water levels in the Ottawa River and Mississippi Valley watershed.

Walking though the town of Almonte, one can’t help but feel the presence of water.  The Mississippi River rushes down the falls and winds its way around the town.

Immediately upon entering the gallery one is confronted with the blue saturated undulations of waves created through a cyanotype process on kozo paper.

This piece was inspired by the mesmerizing quality of water and its power to both calm and energize one’s being.

The cyanotype process was first developed in 1842 using a combination of iron based chemistry that fixes an image when exposed to UV light.  Similar to the way the eye perceives the wave and shimmer of water, this piece was created by working with the absorption and refraction of solar rays.  Each piece emerges uniquely from the exposure to the intensity of the light and position of the sun.

The pathways series uses the cyanotype iron based chemistry, rather as an ink where I painted the circuitous, sinewy lines and then exposed to UV light to fix the colour. The lacy gaps were hand cut.

The pieces were inspired by walks around urban neighbourhoods where my attention was drawn to the random, organic cracks, reminiscent of rivers, veins and arteries, in the pavement.  I was struck by the way the human made, very controlled structures of roadways reorganize over time and wear into natural forms.  I am always fascinated by patterns repeated in the micro and macro.  The painted forms become rivers, tributaries, topographical maps, internal muscle structures and circulatory systems.  Everything is interdependent.

The exhibition also includes quiet paintings with milk paint on mixed fibre that were inspired by walks observing reflections in the same body of water over different seasons and the ever-changing cloud formations in the sky.

Milk paint is a mixture of casein, lime and pigment.  I am partial to working with milk paint for its chalky, muted finish and because it emits no volatile air compounds.

Many of these pieces, painted with delicate flowing lines describing branches reflecting in water, echo river like and arterial forms.  The vertical format 6 to 8 FT tall has a direct relationship to the viewer’s body and the panels flutter gently with the air current from the circulation of viewers in the space.

The walls of this space hold the memory of time. MVTM formerly, The Rosamond Woollen Mill was built in 1867 was in operation until the 1980’s. The main floor was used as the storage room for the final woven products while the upper floor was used to store raw fleece before it moved to the second mill for processing.

Currently the upper floor houses a collection of industrial era looms, carting machines, examples of loomed fine tweed and paraphernalia that describe the history of the Rosamond Woolen Mill.

There is also a display of chemical dyes that would have been used to dye the fibres.  Until the 19th century, all textile dyes were natural and the shift during this era’s industrial growth is also a part of the story of colour.  MVTM curator Michael Rikley-Lancaster, describes how there were reports in the archives of the local newspaper that speak about the colour of the river changing depending on what dye was being used that day.  Most visible was the red dye which included cadmium and sadly led to unfortunate health consequences for locals who swam and bathed in the river.

A subtext to the pathways, exhibition is an exploration of colour history.  On the main floor, I used a traditional casein/lime based milk paint recipe to which pigment is added.  The pigment is sometimes natural earth oxides and sometimes a synthetic powder pigment.  The cyanotype based works, as aforementioned are an iron based chemistry developed in 1842 which signals a shift in colour composition wherein much research was dedicated towards developing synthetically manufactured colour.  On the second floor, I have included a vignette of local plant based colour.  Samplers from locally gathered raspberry leaf, pine needles and sumac leaves show a range of colour that can be achieved with alum and iron mordants.

The Mississippi Valley Textile Museum and surrounding Lanark County, Ontario is a fascinating place to visit for its history, culture and nature.

Many thanks to Ontario Arts Council for supporting the exhibition.

I have long been fascinated by the visceral and emotive response that colour evokes.

“We experience blue in an expansive and immersive way in the sky, lakes, oceans and seas.

A pervasive colour in the visual field of the world around us, it was a precious rarity as pigment and was highly sought after as a colour for representation in art and textiles….” read more

A blue themed event has been gestating in my brain for a some time and I’m thrilled to bring together the work of Akai Ceramic Studio, Handwork Studio, Sigrid Blohm and my cyanotypes for a one night exhibition on September 27th!

Yusuke & Naomi, Tokyo natives now living in Toronto, are a family duo behind their contemporary ceramics inspired both by traditional Japanese and Chinese ceramics and by mid-century American Industrial Design.  Akai’s combined background in design, hand thrown clay and architecture lend a unique quality to their work.  When I first met them a few years ago, I was immediately drawn in by their fresh colour palette and simple, succinct forms.

Handwork Studio develops beautiful collections bridging traditional materials and techniques with contemporary design.  All of their projects consider sustainable employment with skilled artisans in India, Pakistan & Peru.  Their natural indigo line was created by hand block printing and resist techniques, then hand dyed. The dots you see in the garment pictured were achieved by thumb print resist!

Sigrid Blohm is a Toronto based visual artist who works primarily with Japanese paper. Many of her visual cues and techniques come from the world of books and textiles as she employs stitching, dyeing, piecing and ‘written’ mark-making.  There is a steadiness in the structure of her works on paper that is so calming.

Many of you know my textiles but may not be familiar with my works on paper.  For this exhibition I’ll be showing my “phases” series of cyanotypes.  Cyanotypes were first developed in 1842 using a combination of iron based chemistry that fixes an image when exposed to UV light.

I adapted this process using my cut paper works as the oject “printed” by the sun’s rays.  Each piece emerges uniquely from the exposure to the intensity of the light and position of the sun.

Toronto is suddenly bursting with bloom!  It’s an exciting season that feels full of growth and possibility.

Eiko Maeda creates exquisite porcelain pieces that are both delicate in appearance and strong in structure.  The flavour of my green tea is elevated when I drink from her cup! 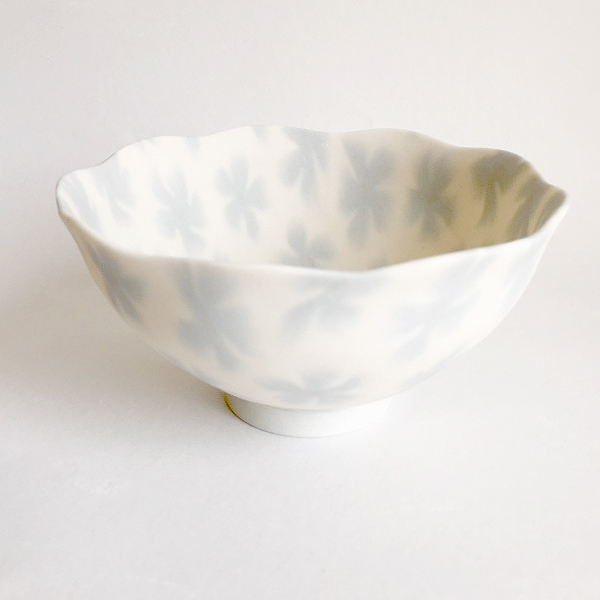 Eiko in her own words:

“The focus of my work is to create contemporary designs using traditional methods and forms of Japanese ceramics. Specifically, I use a technique called nerikomi, which uses coloured clay to make detailed patterns. Pieces are unglazed to emphasize the soft color and texture of the clay; translucent porcelain clay is used to highlight patterns as the light passes through.”
– Eiko Maeda

Learn more about Eiko’s inspiring work and process through this CBC feature:  http://www.cbc.ca/player/play/911348291875/

Kristin Sjaarda creates stunning photographs that, to me, are botanical portraiture expressive of beauty and cycles of growth and entropy. 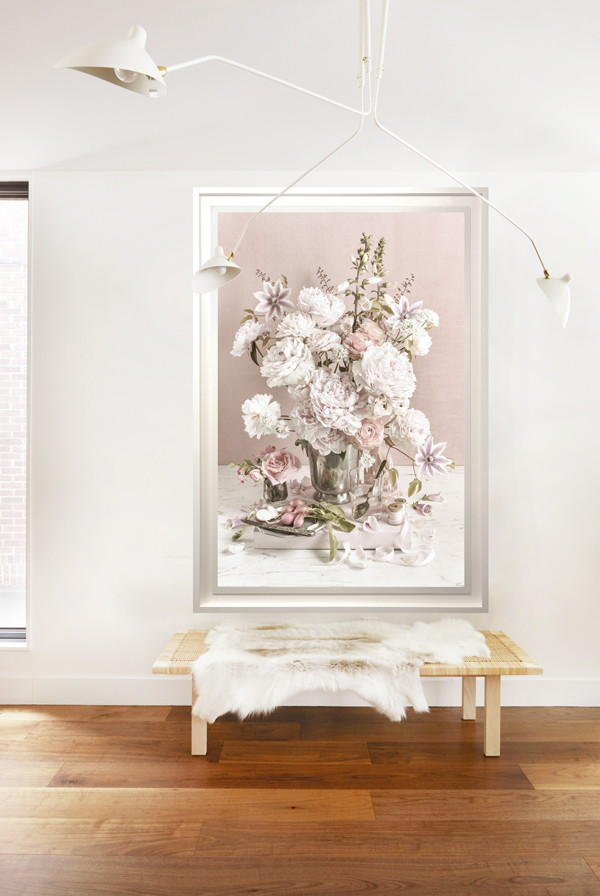 Kristin in her own words:

“I arrange and photograph flowers from my own garden and surrounding community to emphasize the diversity and beauty of the world around us. The flowers and garden specimens are collected and co-exist in the still life images based on when they bloom and ripen together; I rely on what I can pick with my own hands as much as possible. “
– Kristin Sjaarda

Mika Sato creates delightful arrangements which combine her ceramics and botanicals.  The balance of forms and whimsy make me smile. 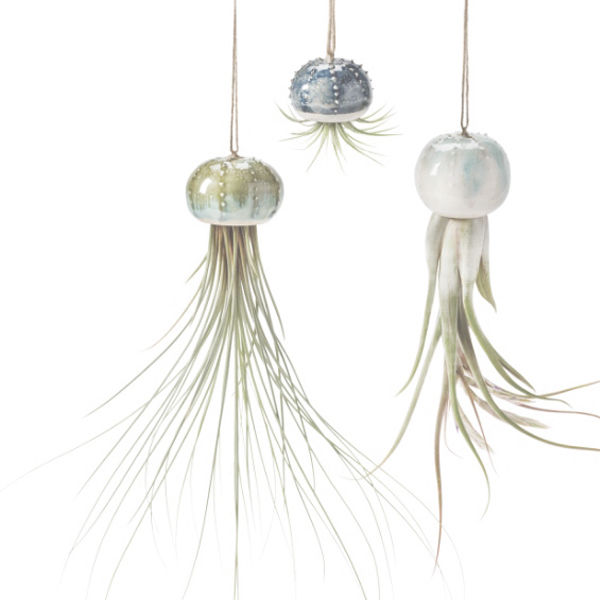 Mika in her own words:

“I was born in Japan, and grew up surrounded by the bounty of nature that both nurtured and inspired me. In my homeland I studied the ancient floral art of Ikebana, and this has profoundly influenced my design aesthetic over the last twenty-five years. In 2010 I decided to pursue my interest in pottery.

My work is a unique fusion of hand built and wheel thrown pottery and floral elements. I grow many of my own botanicals while the rest are locally sourced. Along with orchids, succulents and air plants, I incorporate found elements such as lichens, moss and branches to create unique terrariums and planters.”
– Mika Sato

Tania Love – that’s me.  My work takes its cues from the natural and cultural environment.  Often process oriented and tactile, my work invites quiet, slower rhythms and connection to natural cycles.
My latest exploration in textile combines hand screen printing and painting with plant based ink extracts. 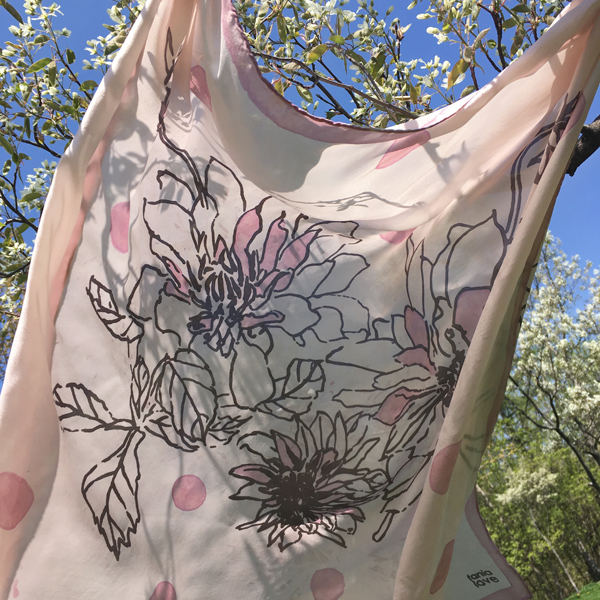